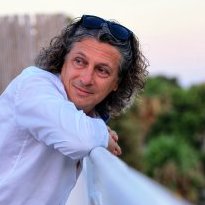 Robert Mikoláš (1966) studied history and literature at PU UJEP, followed by further studies at Taipei University and the Goethe Institute in Munich. He worked at the Strahov Library of the Royal Canons of Premonstratensians, and at TV Prima, he also lectured at the College of International and Public Relations. Since 1998, he has been employed by The Czech Radio as a foreign correspondent focused on world conflicts (Somalia, Iraq, Syria, Kosovo, Zimbabwe, Algeria, Philippines, Burma, Israel). In 2002-2003 and 2006-2011 he worked as a Czech Radio Permanent Correspondent for China and the East and Southeast Asia. He has received a number of awards including Prix Bohemia and was twice nominated for the Journalist Award of the Czech Republic.

Marta Sobotová graduated from Czech technical university in Prague, Faculty of Civil Engineering, the field of Environmental Engineering. After completing her studies she lived for 10 years in Chicago, USA, where she worked in the financial sector. After moving to Israel, she worked at the Czech embassy in Tel Aviv as a financial attaché and later as the head of the management section of the embassy.

Our partners
and supporters

I want to become a partner